Tell me about the path that led you to where you are today.

I went to Northwestern State University and graduated with a degree in business administration and a minor in performing arts. I was attending Northwestern during Hurricane Katrina when all the films being shot in New Orleans were moved up North near my school. I saw a post in the performing arts building about a television pilot called Scarlett in need of production interns. I immediately reached out and landed the internship. I started in transportation and eventually moved to the casting department for the remainder of the show. I was able to meet the stunt coordinator while I was working on the show and knew that was my path.

That was your “aha” moment?

Yes, that was when I knew I wanted to get into stunts. The stunt coordinator, along with a few others on set, presented me with opportunities assisting in other projects. I assisted on my first film during my junior year of college and then another film during my senior year. Once I graduated, I worked on Final Destination as a production assistant. I then became a set production assistant on a movie called 12 Rounds. While working on 12 Rounds, I met the legendary stuntman, Glenn Wilder, who opened the doors for my career and introduced me to the right people. I landed my first stunt job on the movie, Deadline, doubling Brittany Murphy. It was one of her final films before she passed.

And now you’re working as Anna Kendrick’s stunt double in a new film?

I am doubling for her in a new film called The Accountant. It’s interesting because I look a lot like her in the face but I’m a bit taller so every now and then they have to get someone more her height. I work well as a double for her in profile shots.

What kind of stunts are you performing on The Accountant?

She gets roughed up a lot so I’m in a few of those scenes. It wasn’t as high-risk but I still loved the experience. She’s a great actress to work with.

Do you think that your childhood had an impact on your career? Were you a daredevil growing up?

I always wanted to be an action movie star. I loved putting myself in those positions, like watching Hook and then jumping off my couch. I wouldn’t have considered myself a daredevil but I did play a lot of sports so I was very active. I think that played a part but it was more so my love for movies. I was the oddball in school so while everyone was at parties, I was at the movie theater. I found my place in stunts and now I’m working on directing my own films.

Tell me about the transition into directing. Do you coordinate the stunts in your films?

I’m focused more on directing than stunt coordinating in my films because it’s hard to wear all the hats, especially when there are so many wonderful stunt coordinators and performers that can assist in the films I shoot. The stunt coordinators are not only responsible for the look and the action but also the safety, and when you are preoccupied with camera angles and your vision for the film, it can cloud the stunt aspect. When I’m directing, I just direct and have someone else come in and coordinate the stunts. 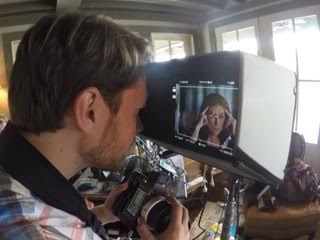 Are you directing action films?

I have a dramatic short film, Sanctuary, premiering at the Action on Film Festival in California this September. That one has some stunts but it’s more drama driven. I have an action-comedy, Double Doozy, currently in development. I am always focused on the story so if the story calls for stunts then I will add them but I’m more focused on where the story leads.

Do you see yourself directing films or performing stunts 5 to 10 years down the road?

I’m hoping to direct. I love stunts — once a stunt woman, always a stunt woman — but I’m hoping that directing will be more of my main focus and stunts will be done for fun in between films. It took me a few years to get to a place where I can successfully make a living performing stunts and I expect the same thing will happen with directing.

What type of training goes into being a stunt performer? Is there a typical path that is taken to be successful in the stunt industry?

There are a few stunt schools but it’s not going to guarantee you work. It just guarantees you the basic skills, and even having those basic skills doesn’t guarantee much since the stunts are never what you expect. For example, I had to perform a car crash in the movie Super where I was doubling as Ellen Page. It started off with me ramming a car into a brick wall, which seems simple enough, but then I was told I had to pin someone to the wall. I had to drive as fast as possible then stop immediately without hitting the camera in front of me or screeching the wheels. Everything is so much more complicated than it seems. You have to be able to adapt. Gymnasts tend to transition well into stunts because they have a good body and air awareness. And while it’s important to be able to physically perform the stunts, it’s also a lot about networking. 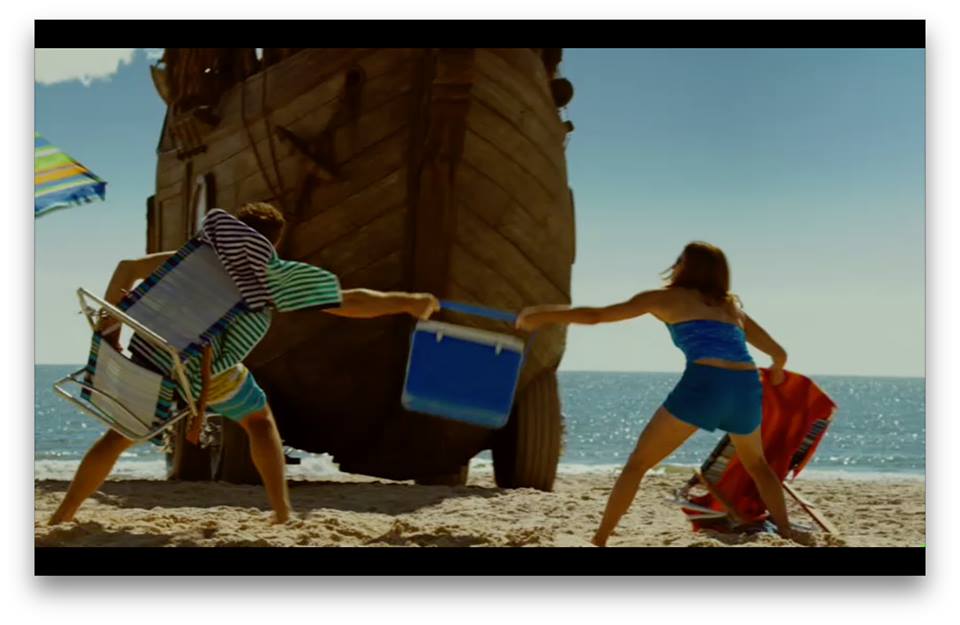 Tell me about your workout regimen.

I try to workout everyday even if it’s just a core workout at home or a run. And then I’ll go to a gymnastic studio every now and then to maintain my air awareness.

Have you ever gotten injured performing a stunt?

I’ve been injured once on set. I separated my AC in my shoulder while shooting a stunt for a television show. I was falling over a food cart onto cement. I rehearsed the stunt with a pad on the floor and landed on my back as planned. The problem was that I rehearsed the stunt without pots and pans on the food cart. So when the day came and they took the pad out, the pots and pans slowed my rotation down so I didn’t get on my back like I rehearsed and I ended up landing on my shoulder. It was extremely painful.

What kind of safety precautions are set in place for stunts?

We talk through every stunt, even the minor ones. We discuss where, how, and when we will land and then rehearse it over and over again. Most of the time female stunt performers can’t wear pads under their clothes since their clothes are so thin. I’ve fallen on cement basically in underwear. Females can’t hide back, elbow, knee, or any kind of pads. Guys have it a little easier in that regard since they are usually fully clothed and can armor up like the Michelin Man. There’s a widespread misconception about stunt people being risk takers or adrenaline junkies. The reality is that everything we do is so calculated. We minimize the risk as much as possible beforehand. Normally you won’t do a free fall passed 30 feet unless you’re on wires. In the past in wasn’t like that but now with technology we can do a lot more to mitigate the risk. 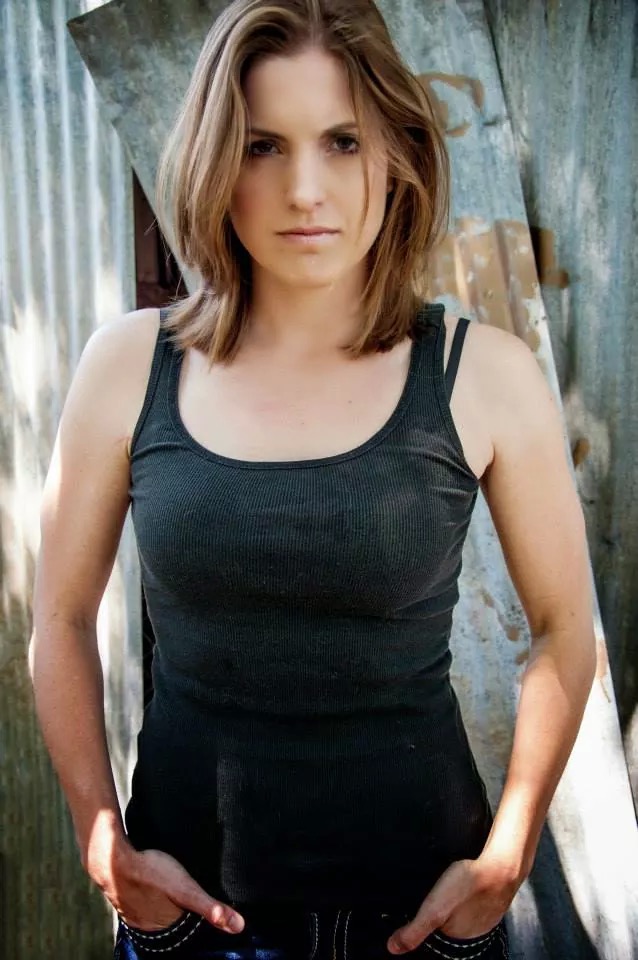 What’s the most dangerous stunt you’ve ever performed?

There have been a lot of stunts that I didn’t think were dangerous until after when I thought about the ways it could have gone wrong. For example, if we didn’t prep correctly, the fire burn I performed in Bonnie and Clyde would have left some permanent damage. It’s the part where Bonnie and Clyde get in a car crash and the car sets on fire. Clyde pulls Bonnie out of the car when her leg is on fire. We were very well prepped so nothing went wrong but fire is always risky to work with.

What do you use to prevent burns during fire stunts?

We have fire gel and Nomex, which is a special flame-resistant clothing. I had that under my costume and was covered head to toe in fire gel. And then they put glue over your clothes and the fire actually burns the glue.

That’s interesting. You never think of the safety measures when you’re watching the film.

Exactly. That’s why it’s so painful for me to watch YouTube videos of people trying to perform stunts that they’ve seen in movies. They have no idea what we’ve done to make it safe. This is particularly true with car stunts. We don’t just take a normal car and perform crazy stunts. These cars are specially built to make the stunt as safe as possible.

Did you perform any car stunts in Furious 7?

I was actually one of the ground performers. They had some of the best car drivers in the world on set. The team I was working with did the on-ground stunts like falling and fights.

What’s the worst part about being a stunt performer?

I’m a pretty introverted person and the film industry is all about networking and who you know. But the worst part is not knowing when you’ll get your next job. You might have a few days on set every month or you can go five months without a job. But you have to realize that there are so many stunt performers and actors trying to get a handful of spots in any given movie. It is especially difficult as a woman since we are usually stunt doubling an actress and they need to find someone who is not only great at stunts, but also looks a lot like the actress. It can be out of your control since someone less experienced may get the job just because they look more like the actress. And you can only do so much to make yourself marketable for multiple actresses. For instance, I’m never going to be able to double for Nicole Kidman no matter how much I would love to stunt double for her.

What are your thoughts on CGI in regard to stunts?

There’s a lot you can do with CGI that’s necessary, but I think there’s a tendency for filmmakers to go overboard. I can always spot someone on fire through CGI as opposed to a stunt performer. I feel like so many of the big action films nowadays are so animated. The action movies in the ‘90s like Jurassic Park were amazing because they use CGI but they limit it. The combination of CGI and real stunts is always the best option in my opinion. CGI has made the stunt industry safer. For example, we can be on wires a lot more now. But on the flip side, CGI decreases the amount of actual stunts needed in films, which means many performers are out of a job.

What advice would you give an aspiring stunt performer?

There is no set way to get into the stunt industry. You need to prepare the best you can and then instead of waiting for someone to come to you, network and create your own opportunities. Be prepared for a lot of rejection — it can be very difficult to handle but understand that it’s nothing personal.

Question from the last interviewee: What one thing do you wish would be invented to make your job better or easier?

Is there any career you ever wanted to pursue besides the one you’re in?