Did you always want to be a pilot?

I’ve had an interest in aviation since a young age — my dad and my grandfather were both pilots. I grew up around it but I didn’t realize I wanted to pursue a career in aviation until I started flying helicopters.

What was your career path to becoming a pilot?

I started flying airplanes and taking classes to get my license when I was 13 years old. I stopped in high school because of water polo and swimming but then started again when I was 18. Soon after, I got my license to fly fixed-wing airplanes and I knew I wanted to try helicopters next. I was working out at the airport at the time at Signature Flight Support fueling aircrafts. I met with a lot of helicopter pilots and they always seemed to love their job so I decided to try a lesson in Camarillo and I immediately fell in love. 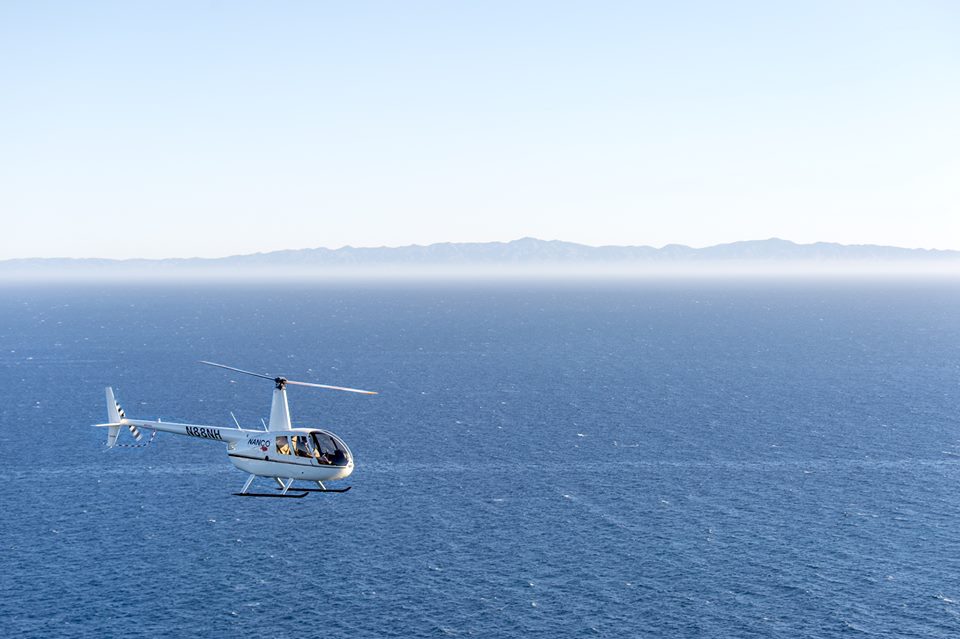 And then you purchased your helicopter?

It’s a complex story. After getting all my licenses in Camarillo I decided that there was a need for a helicopter business in Santa Barbara because there wasn’t anything up here at the time. I approached the owner of the business where I learned to fly and brought him the idea of expanding to Santa Barbara. I was going to finance the helicopter while leasing it back and working for them so that I would be part of expanding their business. The reason I wanted to do that was because I didn’t know much about the helicopter industry and I wanted to learn from someone. However, there was a communication gap since the owner lives in Malibu so eventually we went our separate ways and I started my own business from there.

When did that happen?

Why did you choose your specific type of helicopter?

It’s the best for doing what I’m doing. As far as the economics, it has lower operational cost than most and it’s manufactured here in California. It’s actually the most popular helicopter in the world.

Tell me about growing Nanco Helicopters and the different services you offer.

We offer a lot of different services. We want to be as diverse as possible. Part of it is charters so we’ll fly people from Santa Barbara to places like Los Angeles — someone like a businessman who wants to avoid the traffic. The second part is the tours. We offer aerial tours of Santa Barbara, the Channel Islands, and the wine country. Then we do a lot of survey work for U.S. Fish and Game. We do habitat impact analysis for golden eagles. For example, if someone wants to build a solar field in the Palm Springs area then we fly biologists around who do a survey of a specific animal. In this instance it would be a golden eagle, and if enough nests are there then they can’t build. We also do a lot of agriculture work. In the winters we will do a frost control for berries — primarily for strawberry farmers. We basically act as a giant fan service that blows warmer air onto the berries to prevent them from freezing over.

How does that work?

Basically we hover over the berries at about 20-30 knots. Normally we’ll start around 12am and we will fly all night till about 8am.

You can fly for 8 hours without refueling?

We will refuel. We’ll either have a fuel truck on the field or we’ll go to an airport and refuel every 3 hours.

Is it just you?

I don’t have any other business partners but I do have another pilot and of course a maintenance crew. There are people who help me but they are independent contractors like bookkeepers, CPAs, etc.

Most of the time it’s just me, which is challenging since I’m a young person in an industry that’s highly competitive and mostly dominated by people who have been doing this their whole life. There’s definitely a lot to prove when you are a young business owner in this industry but once you prove yourself to certain clientele they will keep coming back, and that’s what has happened with the survey work.

Did you always want to offer multiple services or did you go into it thinking you wanted to work in a specific field like habitat impact analysis?

I had no idea. I first thought that I would primarily be flying tours. It started building in all these other industries that are completely different and require a different skill sets in terms of flying. It really opened my eyes to what to go after and look for as far as business.

I learned so much about the history of Santa Barbara and the Channel Islands during the aerial tour. What goes into being a great tour guide?

It’s funny because some of my friends say that my real passion is being a tour guide. I was actually working as a train conductor at the Santa Barbara Zoo while I was in school. It was so fun. It’s really cool being able to show people Santa Barbara. In terms of research, I read a lot of Wikipedia and books. I also learn a lot from passengers who have knowledge of the area.

It really depends on the season. To go back to the agriculture work, last summer I was up in Washington for a month and a half working for cherry farmers acting as a fan service to dry cherries after it rains. For a contract like that, every single day I’m on call. From sunrise to sunset I’m waiting for a call. It really depends if I have a contract that week. Last week I was in Calexico working on a contract for the U.S. Fish and Game. This week will be a tour and charter week. Flight days are normally Friday, Saturday, and Sunday but there’s always work to be done. Flying is where we make our money but we don’t fly every single day.

What advice would you offer someone considering this career?

Be patient. In this industry it’s the three P’s: patience, passion, and perseverance. The helicopter industry is very competitive so it’s important to be patient. Of course you have to have a passion for flying and persevere through the setbacks. It all ties together. It’s also always good, just like in anything else, to find a mentor. 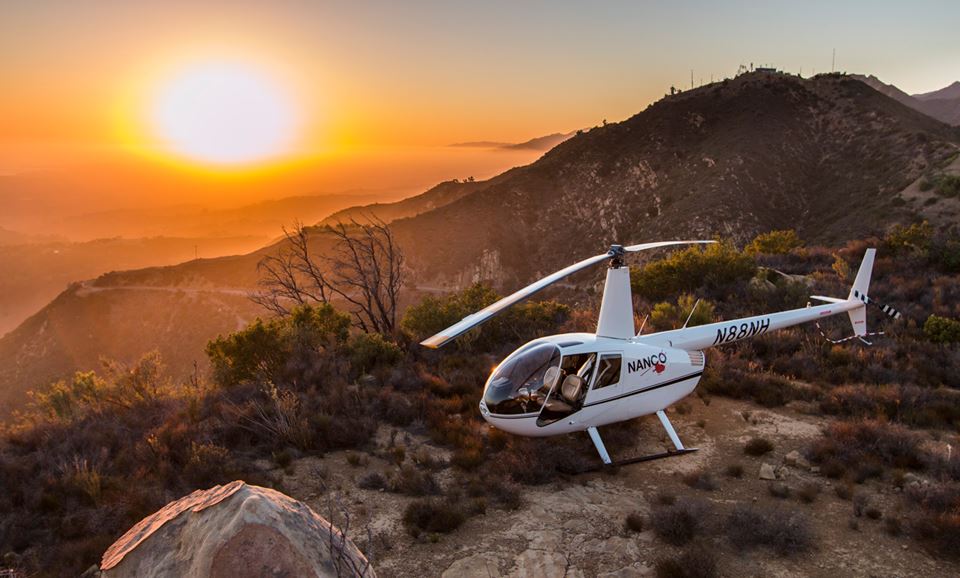 That was actually the question from the last interviewee that I was going to ask you: Who is your biggest role model in terms of your career?

I would say that my dad has definitely been the biggest role model. As far as everything he accomplished in his life and the advice that he gave me when I was a teenager — it really stuck with me. As far as people now? It’s hard to find role models. It’s hard to find people that are willing to open up and share with you everything they’ve learned. I have met some cool people along the way but they are more short term relationships. I really believe that you can do anything you want in this life as long as you ask the right questions to the right people.

Do you ever fly for fun?

I fly airplanes every once in awhile for fun but not helicopters because it’s expensive and it’s my business. If I were to fly for fun every day then I wouldn’t be making any money. You have to love your job but you also have to make money doing it. 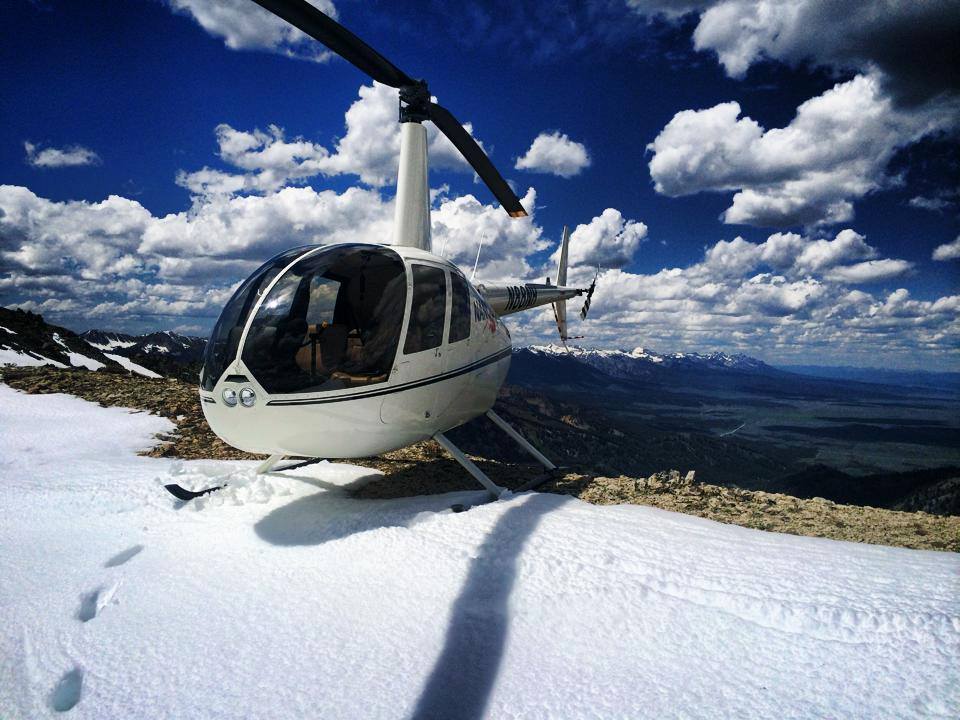 Is the piloting experience vastly different between helicopters and airplanes?

It is. There’s a lot of feel involved with airplane flying but there’s also a lot of regulations. Of course there are regulations with helicopters but the majority of it is feel. There is more freedom of what you can do in a helicopter like where we can land and how low we can be. We don’t have as many restrictions but it’s harder to fly a helicopter than it is a fixed-wing plane just because there are more moving components.

How far can you go in a helicopter?

We refuel every 3 hours but I’ve done work in Arizona, Nevada, Idaho, and Washington. 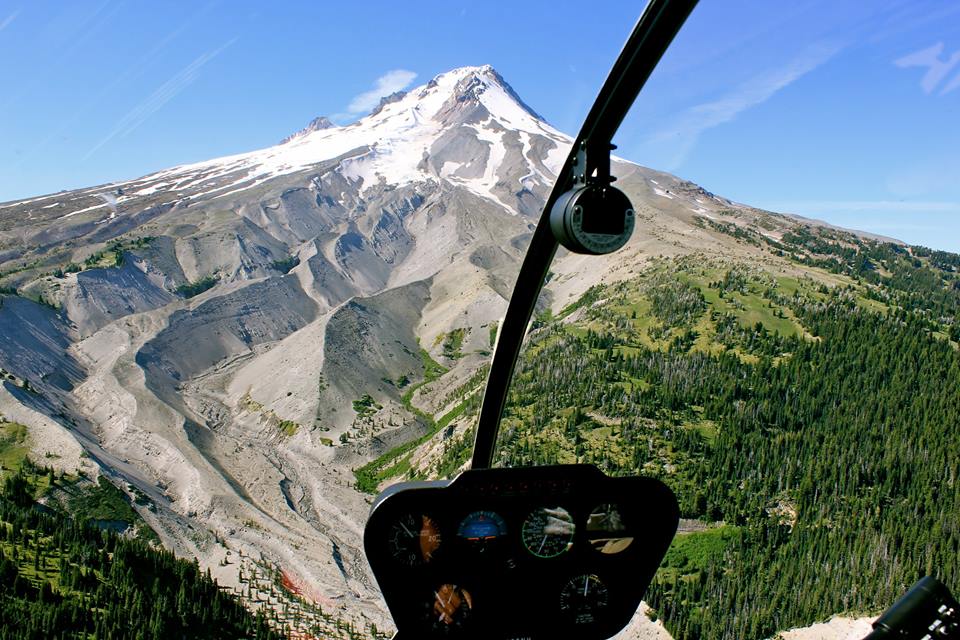 Where do you see Nanco Helicopters in 5 years?

If you asked me three years ago my answer would have been different and if you ask me three years from today my answer will be different. I’m willing to go wherever it takes me. I think it is important to adapt to the demand. That being said, I really enjoy working with biologists in the survey industry. I think that aspect will grow but still only be one component of the business just like it is today. I want to continue offering a range of services to keep it interesting. If you asked me last year if I would be doing pipeline patrols I would have said no but this year I picked up a pipeline contract — it’s really about considering every opportunity. Hopefully we will continue to grow and hire more people when the time is right. It’s important to grow with the business not grow ahead of it.

Was there a specific time or situation when you knew you wanted to pursue a career in the industry you’re in?

What was it for you?

My first solo flight. I flew over Los Padres National Forest and I thought to myself, “Why wouldn’t you want to do this for the rest of your life? This is absolutely stunning.”