“Digital Director at U.S. House Committee on Homeland Security” is quite the title.

I work for the Homeland Security committee. Our job is to keep America safe by providing resources to the department. All bills regarding national security go through us.

Tell me more about your specific role.

I came on about a year ago to help with branding, which included creating a new website, logo, and establishing the committee as independent from the department. My day to day involves working with the chairman and figuring out what we need to do when events like when the Paris attacks happen. I was in the office the next day trying to figure out the soft targets in the States. If this were to happen here, what would we need to do on a social media and our online platform — that’s what I figure out. I create all the visuals and graphics that come out concerning homeland issues. We are trying to educate, not scare people, on the realistic threats and how we can prevent them.

You mentioned social media being one of your roles. How do you address serious issues like the Paris attacks in 140 characters?

That is actually one of the hardest parts of my job. Relaying information about threats in 140 characters is a very scary and difficult task.

I always try to publicize our nation’s security successes, however the threats and attack stories get much more attention. That’s just how the world works. And then there are things I try to post that are much lighter instead of always putting out “beware!” type news. We push out a lot of videos — one of the benefits of my job is that I get to travel with the chairman. I went down to the border for a week (California, Arizona, and Texas) and we watched coastguards, border security, and local sheriffs on patrol — we basically wanted to tell the story of each of their jobs.

You shoot and produce these videos?

Yes, it’s been a learning experience but I’ve made about 8 or 9 videos so far. They are brief videos where I interview people regarding national security. For example, when we were on the border I shot 30-second interviews with a few different members and asked them how they felt after seeing what goes on. We actually saw drug runners come across the border and I interviewed members right after asking what we need to do to fix this problem. Are we going to build a bigger wall like Trump says or are we going to help create a better economy in Mexico so that people are less likely to flee to the United States — those are the kind of videos we put out. We want to be transparent and capture the raw emotions while we are traveling and meeting people trying to protect the homeland. 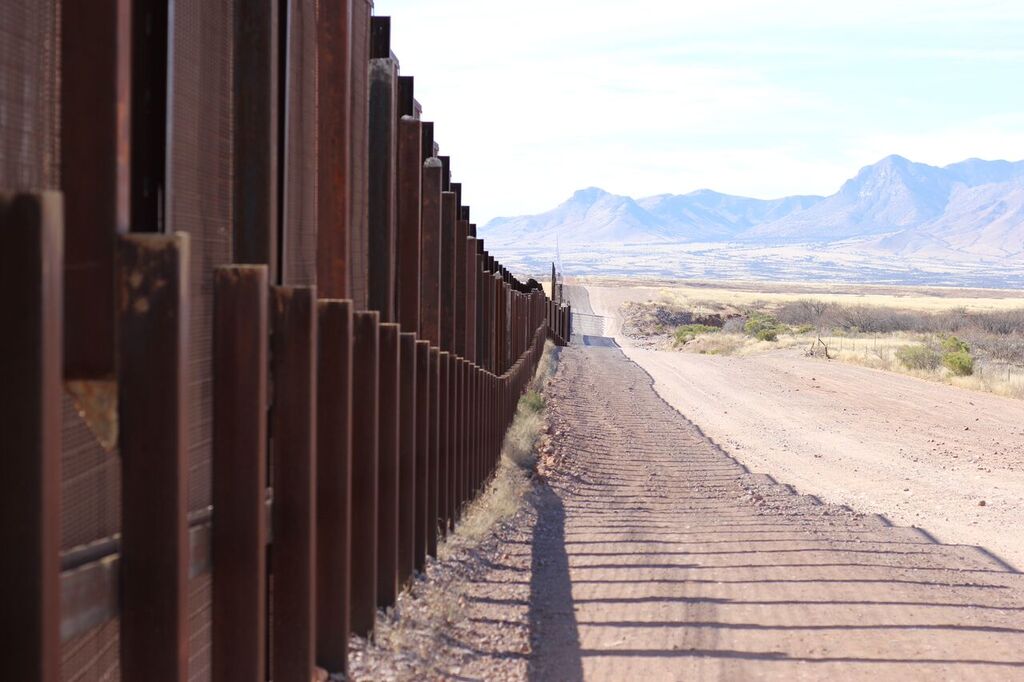 Tell me about the graphics and reports you create.

The graphics actually get more attention than the videos. I was looking at a Terror Threat Snapshot that I pushed out in November and the amount of shares it received made me realize what I do really penetrates into people’s daily lives.

Foreign Fighters are people who travel to Syria and Iraq to train with ISIS and then come back to plan to attacks in the Western targets. . The committee put out a Foreign Fighter report on ways we can combat this and catch them, which Fox and CNN were talking about for days. Those are the moments when I feel like I’m really making a difference.

Or when the president addressed one of our bills in his last speech about Homeland Security. Those are the times when I know what I’m doing has a real purpose.

What’s your background in graphic design, social media, and videography?

My only formal training with videography and photography is from the Multimedia Arts and Design (MAD) Academy at Santa Barbara High School. I have an architecture degree from UC Berkeley so I use a lot of my experience with Illustrator and InDesign to create graphics.

My biggest moment so far in DC is moving from an intern level position in the Majority Leaders office to my current role as Digital Director for the Committee.

What’s your favorite part of the job?

Getting to be part of history. We are documenting history. It’s very cool. And getting to know a lot of these members. You become slightly jaded when you realize how DC works but I have a real appreciation for our legislative process, which I truly did not understand before I moved to DC. I work with really impressive people — most of the people who I work with are the best at what they do.

On the Hill, you either work for a person like a congressman or congresswoman or you work for a committee. I love working in an issue based committee that deals with terrorism, cybersecurity, transportation security, etc.

What about your job do you dislike?

I struggle with reinventing the wheel. You don’t want to put out the same type of things over and over so trying to come up with new ideas that will engage our audience. You can always do more and there’s only so much time in a day.

Have you ever made a mistake or typo on the committee’s social feed?

I spelled “challenges” wrong in a graphic last week. What was I thinking?

Question from the last interviewee: Name 3 of your top 10 movies.

Pride and Prejudice, Love Actually, and The Replacements.

Who is your biggest role model in terms of your career?